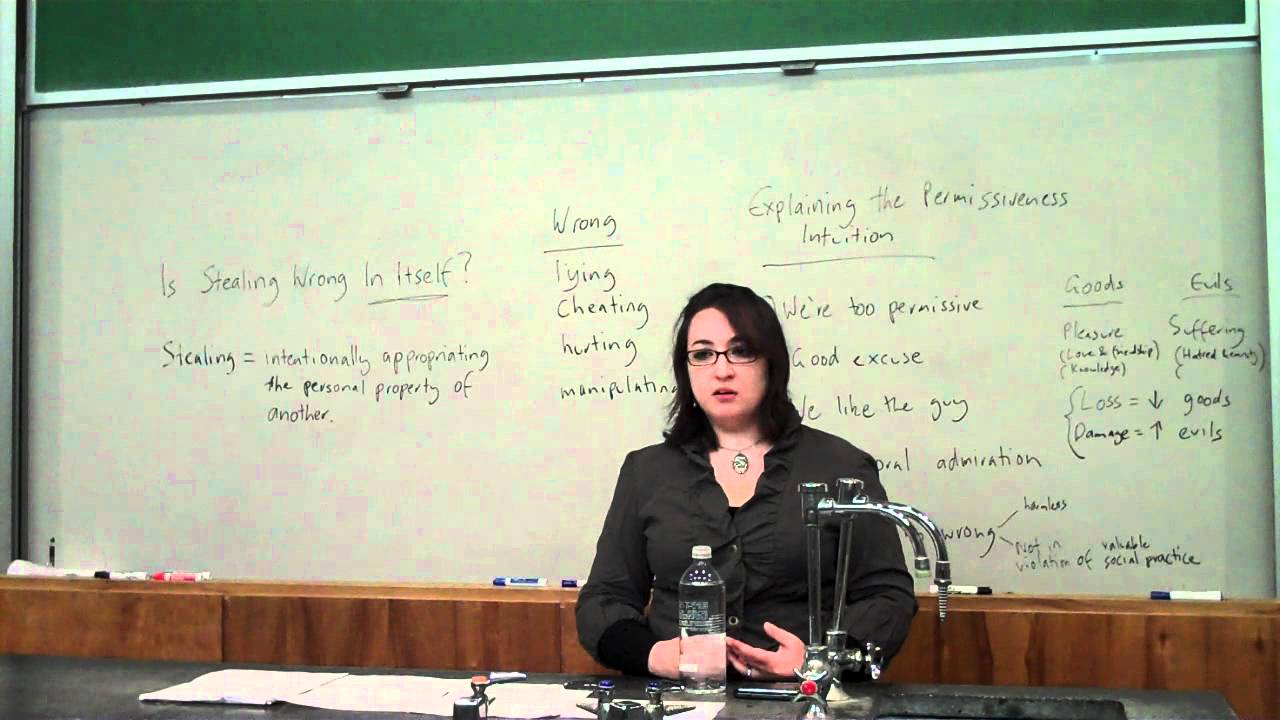 In this video, Kate Manne, a philosophy professor at Cornell University,  offers a critical examination of the traditional notion that stealing is inherently wrong. She focuses on the case of The Barefoot Bandit. He grew up in dire straits, and he worked his way up from stealing bread to stealing planes. He committed over 100 burglaries, but for silly things. He’d sneak in to take a bubble bath, or eat a pint of ice cream. Sometimes his thefts were very large, but he was never violent and never confrontational. He ended his spree by stealing a plane and going to the Bahamas. Upon being arrested, the 18 year old was hailed by some as a folk-hero.

After polling the audience, we discover in the video  that almost half the audience has some sympathy for this criminal. She then lists off a host of real and fictional people who achieve cult status, but are primarily known for being thieves. Consider Yogi Bear. We don’t seem to have a problem with Yogi Bear, and so Manne notes that all of these examples show that we are, in her words, “a bit schizophrenic” with our attitudes toward the maxim that stealing is inherently wrong.

What do you think? Why might some people feel sympathy for these kinds of thieves? Are these intuitions reasonable?