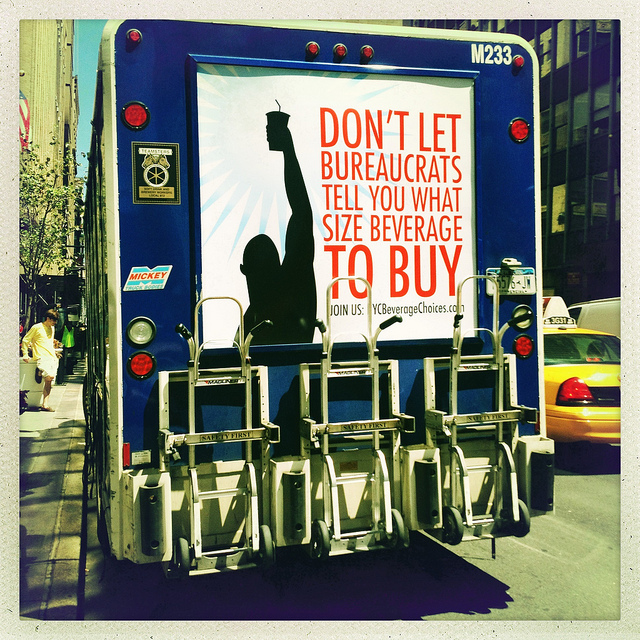 Cities have judicial courts and regulations for many reasons, but many would argue that protecting individuals’ freedom of choice is one of the most important jobs of these ruling bodies. In late June, the local court in New York City voted not to reinstate a ban on “big soda;” a regulation implemented by the Board of Health in March 2013 limiting the size of sugary beverages that could be sold by NYC businesses. The Board of Health justified its actions through the fact that “sugary drink consumption is a key driver of the obesity epidemic,” but Judge Piggott’s court ruled that the Portion Cap Rule did not benefit from legislative guidance and was beyond the board’s regulatory authority.

The harmful effects of soda consumption, however, are the same, regardless of limitations (or lack thereof) placed on sales. Even if the ban would have been reinstated, the obvious reality is that a single individual has the ability to buy more than one beverage, making implementation of the ban more of a symbolic measure than an effective one. The freedom of choice, or rather the freedom to drink soda, seems to be above regulatory jurisdictions, much like that of cigarettes and alcohol. Just because it is bad for you, does not mean the board can stop you from consuming it.

But is placing a limitation on the size of soda, even as a symbolic reminder of the beverage’s harmful effects, worth all the hassle? Or should we have the right to intoxicate our own bodies with these sugary beverages without interference from regulations? Should the “Right to Drink Soda,” even though it is unhealthy, exist? Answering “No” to this question would open the door to infinite regulations on unhealthy foods, taking the power of choice away from consumers.

It seems as though, like with cigarettes, even the Board of Health cannot save us from ourselves. The question here becomes: Is the board still obligated to try? Or does the “Right to Drink Soda” translate to the Right to be Obese?