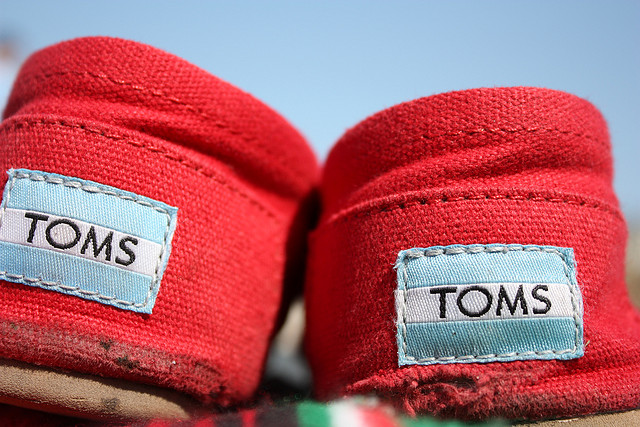 On Sunday, March 2nd, Blake Mycoskie, the president and founder of TOMs will deliver a speech about his story and his revolutionary Buy One Give One (BOGO) business model.

I don’t need to point out that the Ubben Lecture Series has a reputation for bringing in impactful speakers from varying fields. The Ubben guests I’ve heard from over the course of my time at DePauw have opened my eyes to a bigger picture and given me an opportunity to connect the wonderful privilege of my education to a new and interesting narrative. Part of the aim of bringing in these speakers seems to be to motivate us to do everything we can with the knowledge we take from DePauw. That’s why I find this choice of speaker particularly intriguing.

Blake Mycoskie will draw students in. He’s relatable. He graduated from an American university and got the idea for TOMs on a foreign aid trip to Argentina, an idea students at DePauw are not strangers to. He has a track record for starting businesses throughout his college career and afterwards, and his story is inspiring to everyone, especially young people. Choosing him to speak was a brilliant marketing move because we all want to see a little bit of ourselves in a young entrepreneur like Mycoskie.

He hit the jackpot. He had an idea that went viral: service based capitalism. TOMs rests at the intersection of business and social movement, which is something that many thought was impossible.

While there’s no shortage of praise (magazines, public figures, us), it’s important to shed light on the fact that TOMs has its critics too. Some say the company donates shoes to those who don’t need them. Others consider it foreign intervention that contributes to and simplifies a complex wheel of poverty. Still, others see it as a “band-aid fix” for something that’s just a symptom of poverty. While the criticisms come from many angles, they can all be boiled down to one simple message: buying a pair of TOMs is not enough.

The solutions to problems of global hunger and poverty aren’t waiting for us in Kresge. They live in the way we’ll be thinking when we leave. We should view Mycoskie’s speech as not a message, but an idea to be questioned—isn’t asking questions how he came to his creative business model in the first place?
Blake Mycoskie’s speech is a platform, not an end. His company has its pros and its cons. It’s our responsibility to be aware of them as we listen on Sunday. We have the tools to be critical thinkers and decide for ourselves what counts as fulfilling our social responsibility.

The impact of TOMs and similar corporations can be translated in several different ways. Whether it’s the shoes they put on the feet of the needy or the shoes we slip on for our short walk to class, Mycoskie’s product has someone, somewhere, thinking about poverty. But it’s not enough to just think about it. Raising our awareness is part of the good impact of TOMs. Hopefully, we will learn about the possibilities of socially responsible business models and how our travel experiences can be shaped into something more meaningful. But remember, talking doesn’t save the world—listening and acting does.